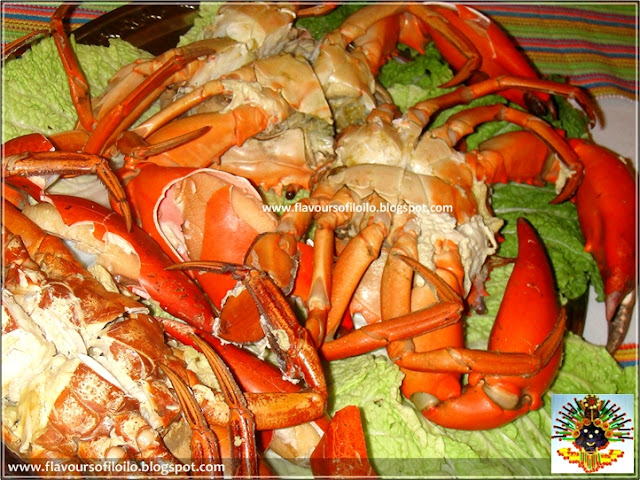 Look at the crabs! They seem to be calling your name for you to devour them. One our last day in Davao City, no, we didn't go back for another crabs buffet but crabs greeted us when we arrived at Chippens Buffet Restaurant. I thought we were at the wrong place for the place was fancy for a buffet but indeed we were at the right place. And then we began another gastronomic adventure ... 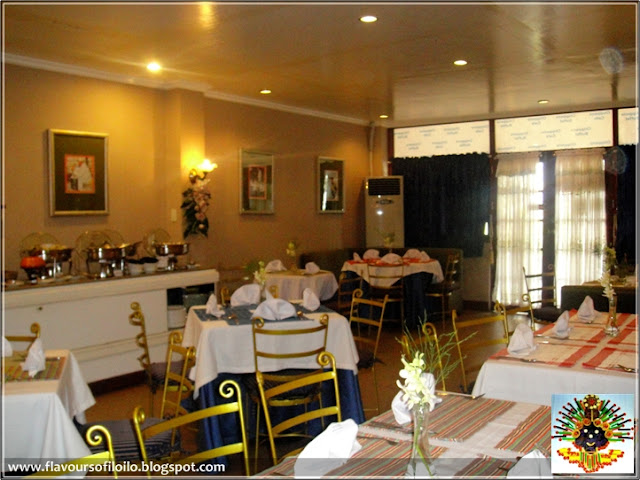 I was part of Sooo Pinoy, Food Trip na Pilipinas! which is set to visit 300 restaurants in 10 key regions/areas all over the Philippines. Davao is the 4th food stop after Iloilo, Boracay and Cebu that started last March. The goal of the Food Trip is to show that Filipino dishes per region have different identities based on the culture, lifestyle and history of the area.  The Food Trip also aims to show that there are many Filipino recipes from different regions of the Philippines, each having its own specialty that has to be recognized for the unique flavor it adds to the Filipino Cuisine. 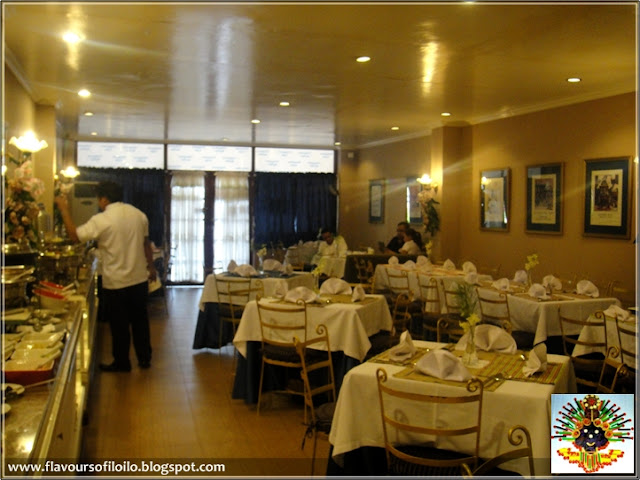 Chippens is among the most popular buffet places in Davao City and named after one of the owners' sons. Its a catering business that gave birth to this buffet restaurant as the familyis one of the best caterers in town.  As we arrived after the lunch hour, meryenda specialties at Chippens welcome us. 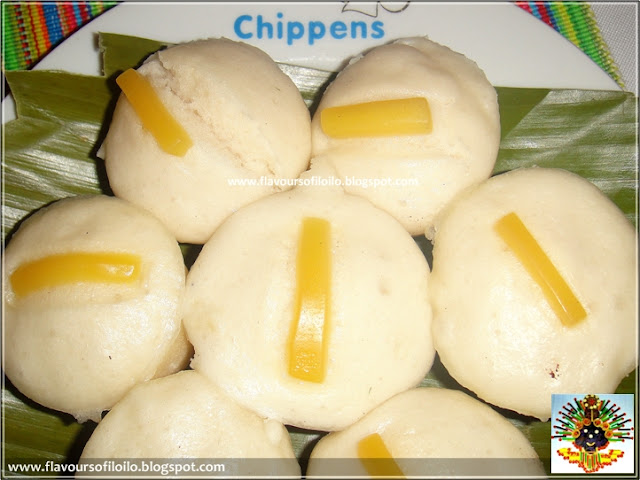 The quintessential Pinoy combo of dinugan at puto was first to greet us. And even though we were still full from the previous gastronomic engagment, I personally can't help but take a cup of this this pig's blood stew and a piece, not two pieces, of their puto and enjoyed the cupful of black with a bite of white. 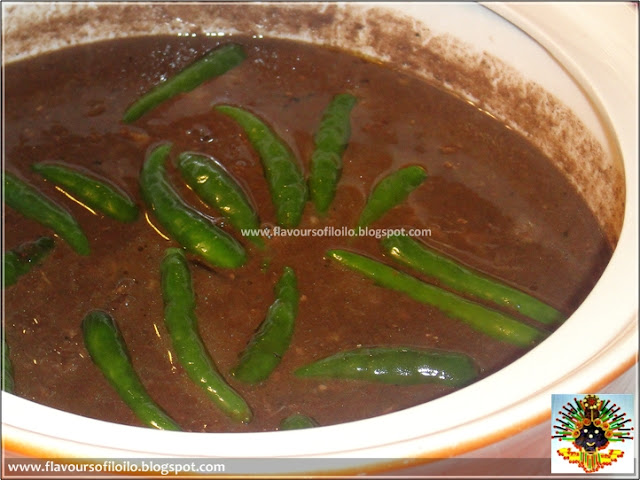 As if trying to call us from afar was this appetizing Pancit Palabok. I heard it is among the best sellers of the catering that patrons of the buffet restaurant looks for them that eventually became a staple. After some tasting portions of this meryenda noodles, I could eat even eat the pancit with sauce only. It was truly delectable, forkful after forkful. 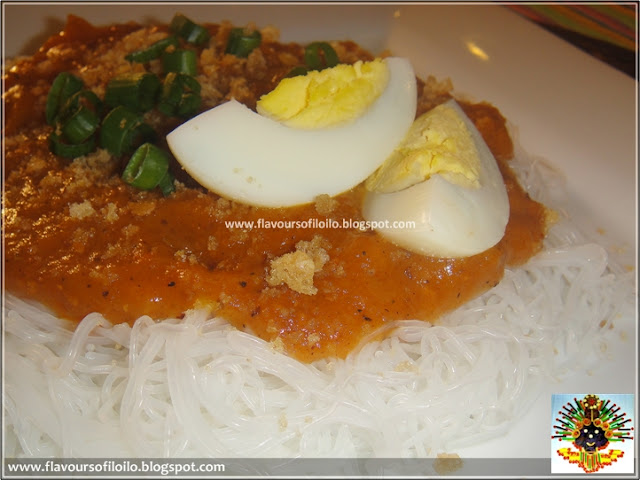 That made me stomach full to almost full capacity that I only took just a piece of their Pork Adobo. 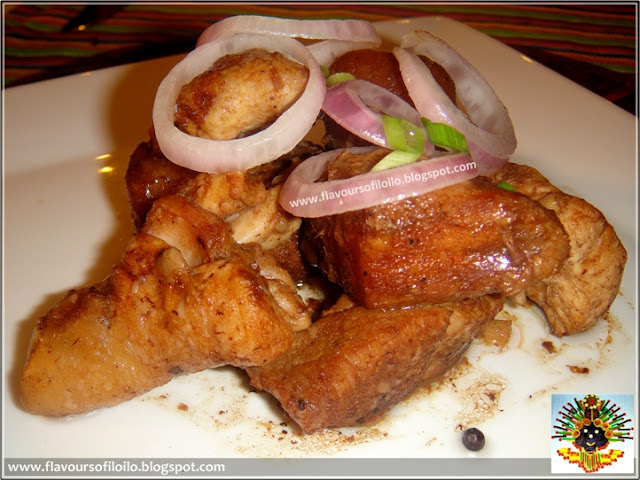 I trooped down to their buffet spread and saw this Glazed Pork slices in one of the trays. Instinctively, I got one small slice and enjoyed every bite of it. 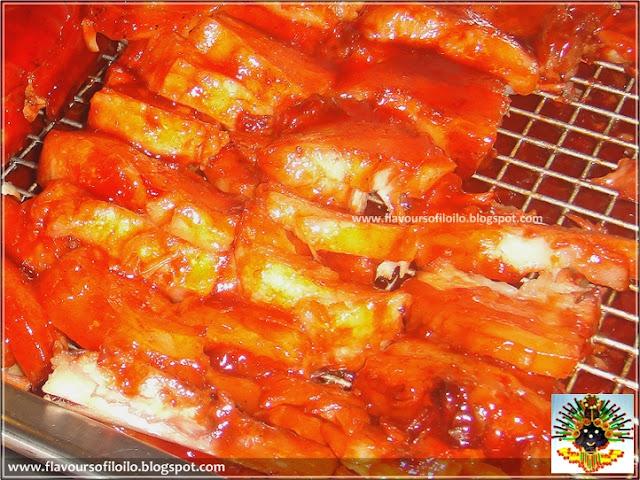 But these crabs were the star of the early afternoon food trip as everybody crowded to have their photos taken. And immediately after they just disappeared - some of us ended more busog than the usual, I guess. 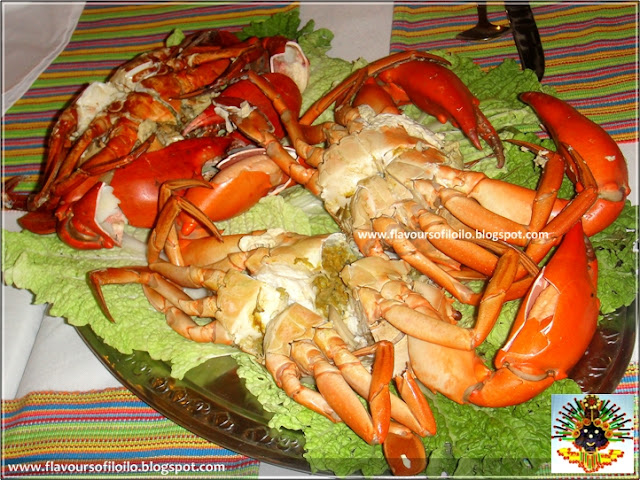 Finally, to cap our delicious visit at Chippens Buffet Restaurant, our already "full capacity" tummies were again tempted by a delicious looking  buko-pandan. And most of us gave in to temptation but just enough to prevent us from bursting all over the place as we just shared servings of this luscious buko pandan. Indeed Chippens had us all bursting with with gastronomic delights that one fine afternoon... 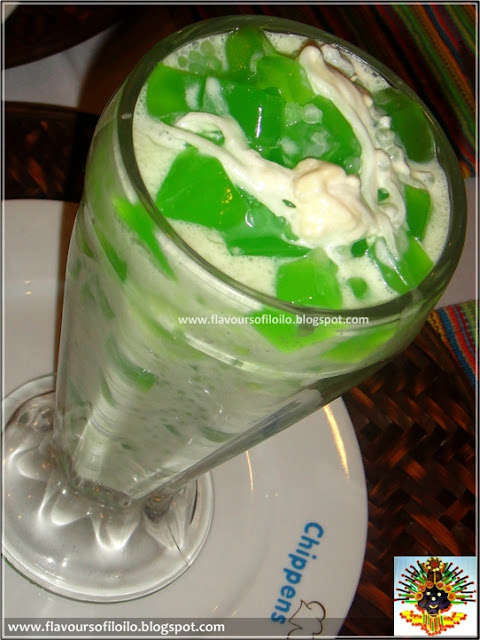 Filipinos are encouraged to join and support the Sooo Pinoy movement, a partnership between Unilever Food Solutions and the Department of Tourism, and go on a gastronomic adventure that both fills the stomach and enriches our awareness of our own identity. To know more about the campaign, food lovers are invited to like the Sooo Pinoy page on Facebook and follow @SoooPinoy on Twitter 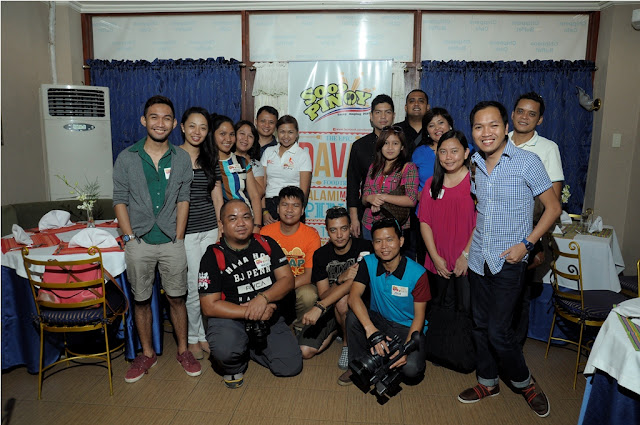 Popular posts from this blog

April 18, 2020
K.B.L. or Kadyos, Baboy, Langka is the ultimate favorite dish of most Ilonggos. It is also one of the most missed native dishes as kadyos and the souring ingredient, batwan , are hard to find when outside of the Ilonggo region.  Basically, it is boiled/stewed pork dish owing its "deliciousness" to the combination of the soft and tender pork, the tamed sourness of  batwan  and the  malinamnam na sabaw .  One of the "secrets" of the malinamnamn na sabaw , is the fact that the pork, whether just the plain meat or pata (hocks) are first grilled or broiled. This gives the broth a rather smoky taste that makes it more appetizing.. Learn how to make the Ilonggo dish KBL (Kadyos, Baboy, at Langka) with the recipe below. Ingredients 1 kilo Pata (pork hocks) or pork cubes, GRILLED and sliced into bite size pieces  1 unripe Jack fruit, cubed 2 cups pigeon pea (kadyos) 6-8 pieces batwan fruit  (or tamarind powder) 1 piece pork broth cube
Read More ...

March 17, 2021
Locals adore it. Tourists love it. So what make makes Roberto's a big hit?   Most probably it was the Queen siopao that made Roberto's come back to my tastebuds. And it was really hard back then to get hold of the queen as it was only available 3 days a month compared to almost daily today.   Also back then it was just around PhP65 for this royal siopao and its now at PhP105. But the Queen still reigns with its equally regal  filling of chicken and pork adobo, Chinese sausage, hard-boiled egg and bacon. Then there's the ever so popular meatballs!  Sure it may look dry and bland but its equally famous sauce makes it more iconic. As for me, I like it even without the sauce since I can fully taste the memories of my childhood this way. At PhP30/stick of 4, it's one delicious way of reconnecting to the past and for some - discover what makes them ever so popular! And take some Lumpia shanghai on the side too. Crispy,
Read More ...

May 20, 2020
Laswa is to the Ilonggos as what dinengdeng and pinakbet  are to the Ilocanos. These are mainly vegetables based dishes with a few meats and seafood. What makes laswa different is that guinamos or bago-ong is not part of the recipe. In both Ilocanos dishes, bago-ong is a major flavour enhancer giving both dishes a distinct bago-ong taste. Laswa , on the other hand, is a tamer version since guinamos is rarely used and it just relies on garlic, onion and tomato plus a little salt as flavour enhancer. Thus, it is a perfect combination with fried or grilled fish or pork! Here's the basic recipe for the Ilonggo favorite - Laswa Ingredients Kalabasa cubes Okra slices Eggplant slices Sigarilyas slices Patola slices String beans Saluyot Takway (optional) Puso ng Saging (optional) Alimasag, dilis, shrimps, daing na isda (optional) Garlic, crushed Onion, quartered  Tomatoes, sliced Salt Water How to cook Laswa Wash all the vegetab
Read More ...

Now in Iloilo: Angel's Pizza offers a taste of heaven in every slice!

September 30, 2019
With the dough properly aged and fermented plus hand-tossed and prepared just as the customer orders, you'd never get pizza as fresh anywhere but at ANGEL'S PIZZA! Opening lucky 13th branch (first outside Luzon) in Iloilo City, Ilonggos can now savor Angel's Pizza's trademark fresh, high quality hand-tossed pizzas - at an affordable price! Together with the Iloilo Bloggers Inc., it was one pizzariffic afternoon as we welcomed Angel's Pizza to the City Love. So how would be welcome party look like? With lots and lots of pizza and other specialties plus fun bonding moments with real friends!  Using only fresh (never frozen) dough and quality ingredients, it was a galore of pizza in front of us including the best sellers - Creamy Spinach, Overload, Creamy Garlic and 5 Cheese, All Meat, and Chicken Aloha.  The certified best seller among the best sellers is the CREAMY SPINACH DIP pizza. It's classic dip sauce
Read More ...

March 29, 2020
Named after one of Iloilo City’s districts, Pancit Molo is one of the more identifiable pancit dishes in the country. It stands out uniquely among the noodle dishes mainly because of its non-traditional pancit look. It is a derivative of the Chinese wonton (filled dumplings) made into a soup.  One of the first questions always asked is "Where's the Pancit?". With pancit as a sort of "prefix" to the name of the dish, first timers always for the noodle-like component of the dish. It's then explained that the pancit is actually the molo ball wrappers which is basically of the same mix as any pancit/noodles. Pancit Molo is more of a household specialty and the recipe varies from household to household. From the meat filling mix to the soup, there could be a hundred and one ways of making pancit molo. Pancit Molo Filling I suggest to make this days before the actual cooking of pancit molo so that the flavours will be full.
Read More ...